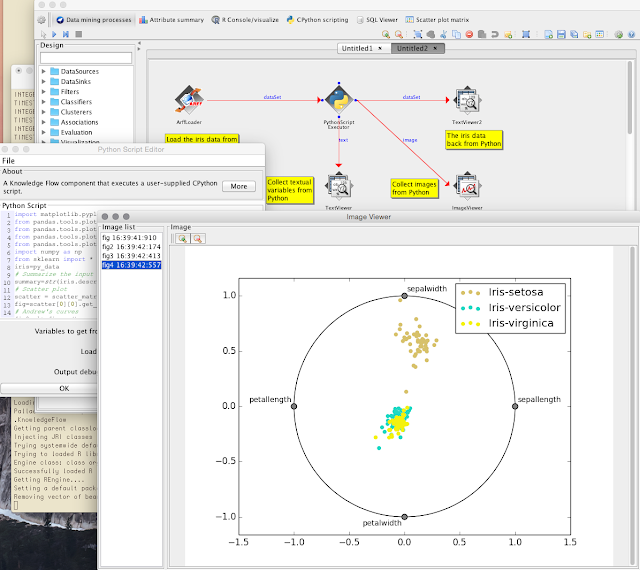 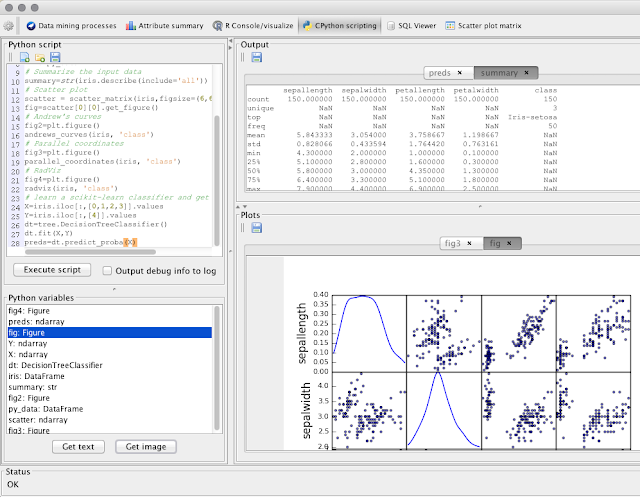 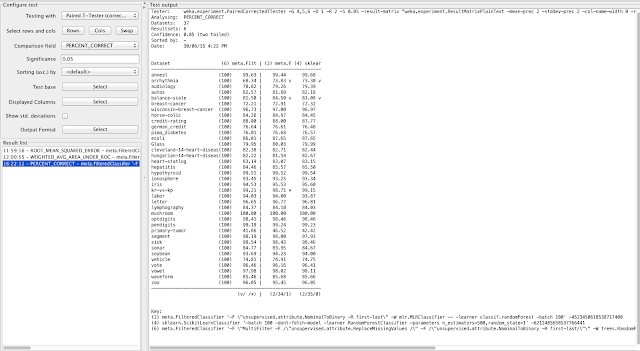 wekaPython works with both Python 2.7.x and 3.x. As it relies on a few new features in core Weka, a snapshot build of the development version (3.7) of Weka is required until Weka 3.7.13 is released. Numpy, pandas, matplotlib and scikit-learn must be installed in python for the wekaPython package to operate. Anaconda is a nice python distribution that comes with all the requirements (and lots more).
Posted by Mark Hall at 14:45